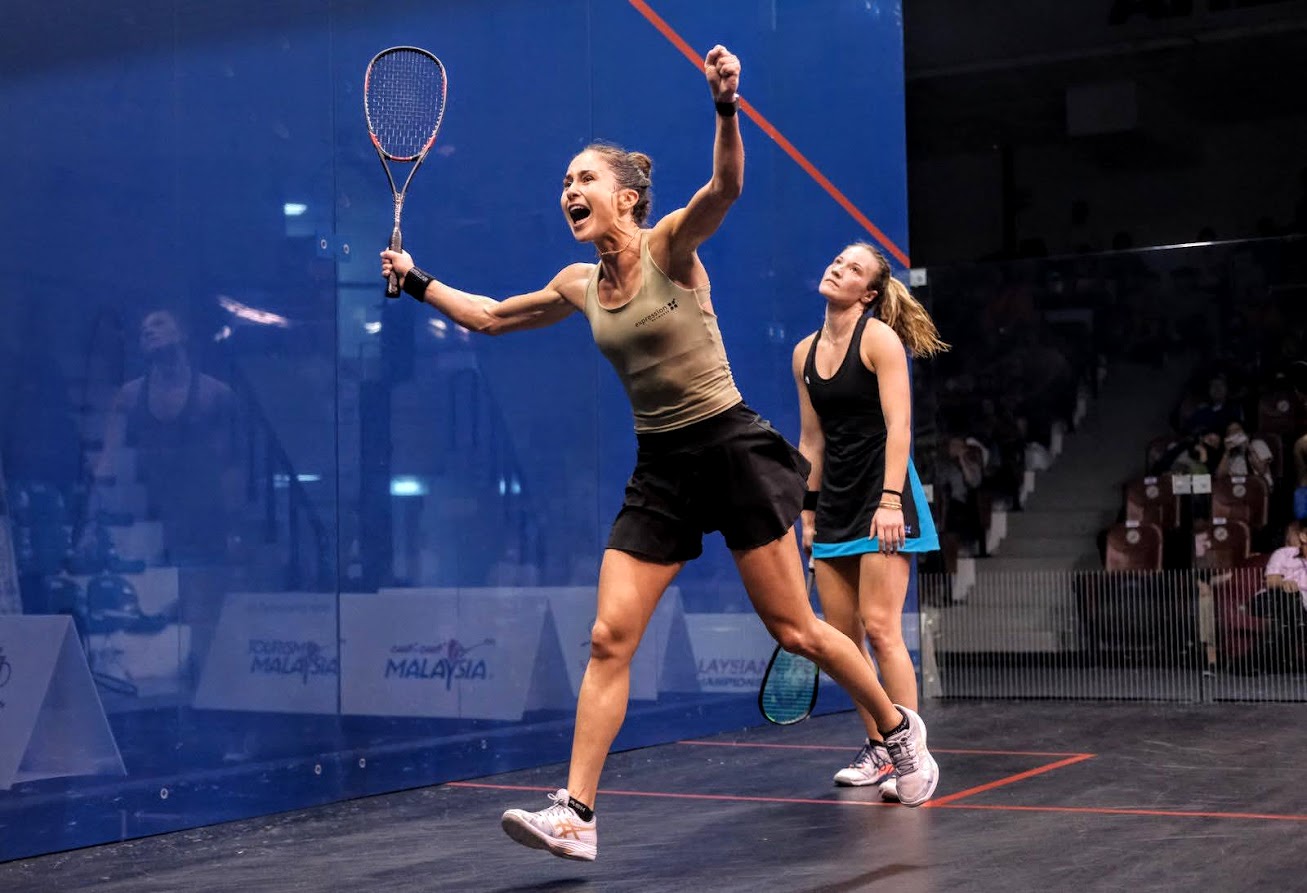 Gilis recovers to claim the title

Belgium’s Nele Gilis had to come from behind to claim her third title of the season as she overcame top seed Olivia Fiechter for the second time in successive tournaments to take the PSA Bronze title in Kuala Lumpur.

Fiechter started the better of the two and controlled the middle of the court exceptionally well, hitting simple volleys to the back of the court and then firing the ball short when the right chance came along. Fiechter looked strong and assured as she took the opening game 11-5.

Gilis responded in great style in the second game, stepping up the court and putting pressure on Fiechter around the middle, something that she hadn’t been doing previously. The reduction in time for Fiechter resulted in errors from the American and more attacking chances for Gilis, which she took full advantage of. 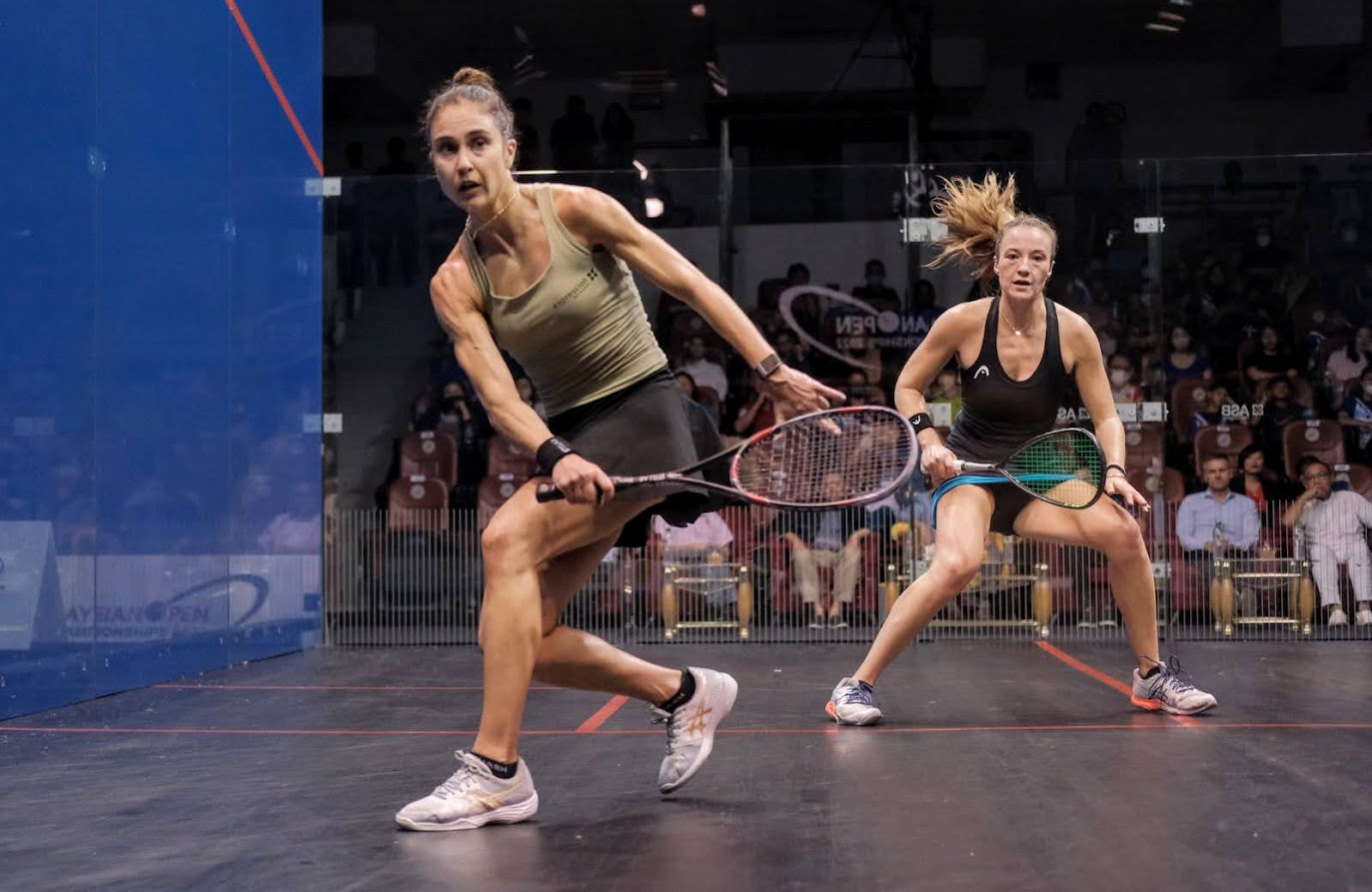 After levelling at 1-1, the pressure continued to come from the Belgian. She was now finding a consistent length at the back of the court and kept the American on the move. Gilis earned the first game ball at 10-9 and despite Fiechter saving two of them, it was Gilis who took a 2-1 lead 13-11.

Fiechter battled back well in the fourth game and managed to disrupt the Gilis rhythm by using short, sharp attacks to catch the World No.14 off her guard. Fiechter lead 8-4 in the fourth game and looked sure to be forcing a fifth game, but the second seed had other ideas. Gilis stayed solid and forced errors from Fiechter’s racket to run all the way through to 10-9. She only needed one championship ball to take her third title of the season and defeat the top seed. 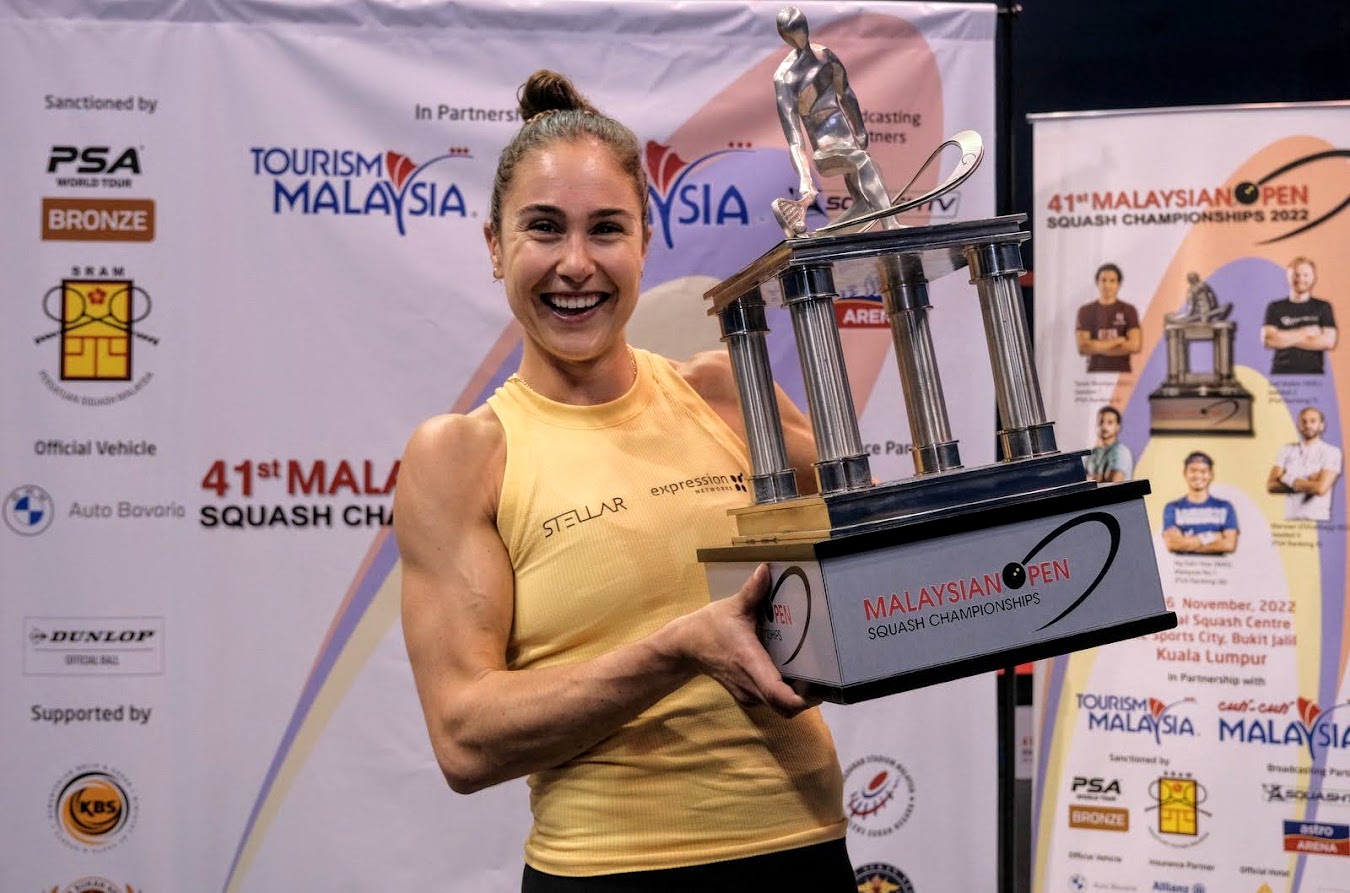 “I’ve just had a really long couple of months and to play like this today, I wasn’t expecting it. Olivia is such a good player, she’s just outside the top 10 but she’s definitely that standard.

“I tried to not give her anything on the volley and slow it down a bit, because she’s so deadly up there. When I was down I just thought I had nothing to lose so I relaxed a bit and started playing better again.” 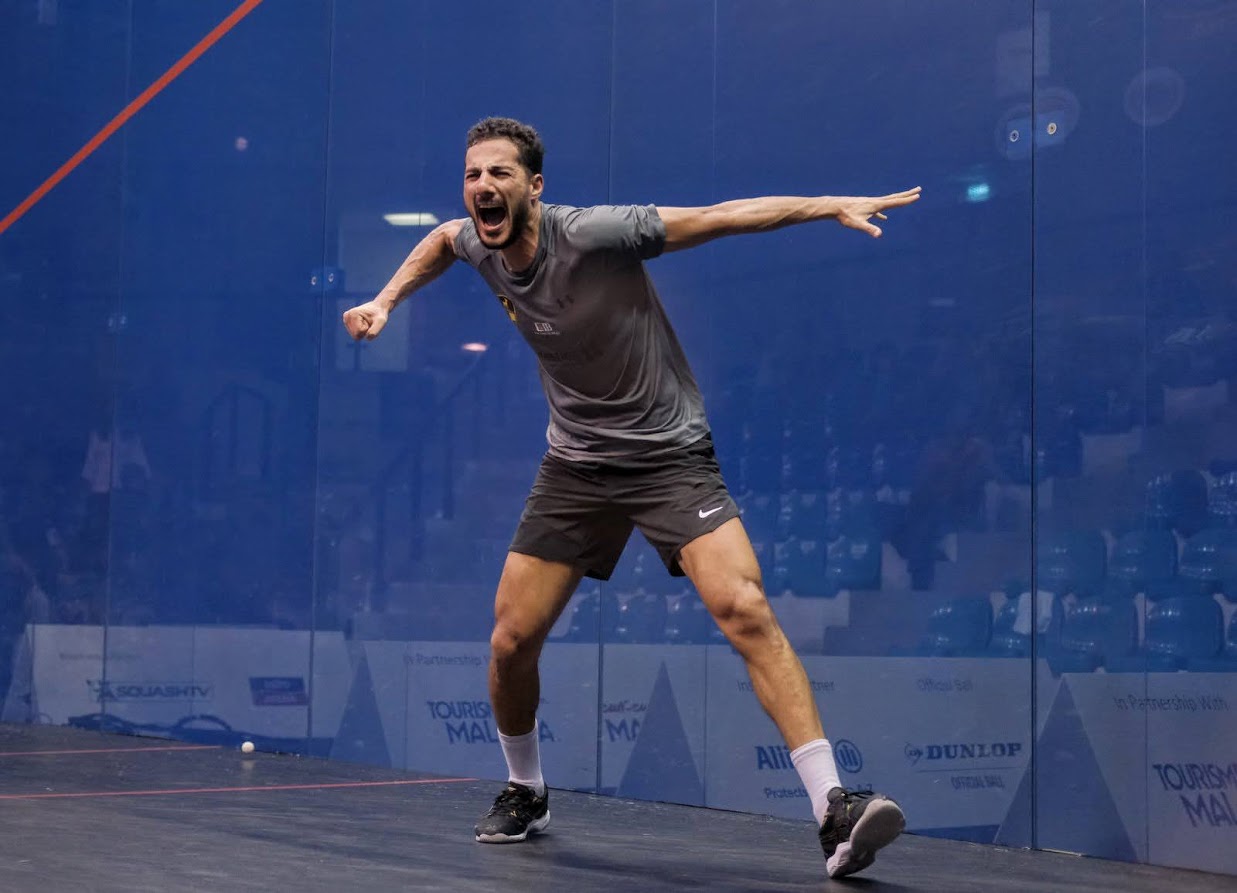 Mazen Hesham overcame compatriot and top seed Tarek Momen to claim the title in Kuala Lumpur,  battling back from 2-0 down to claim the biggest title of his career and first title since 2015.

After losing the opening game in his first match against Yahya Elnawasany, Momen has hardly put a foot wrong en route to the final. He steamrollered both Addeen Idrakie and Nicolas Mueller in the quarter finals and semi-finals and continued that form in the final. He caught Hesham cold, firing the ball into the front two corners to test the movement of his compatriot. After emphatically taking the first game 11-2, Momen doubled his lead by winning 11-8 in game two. 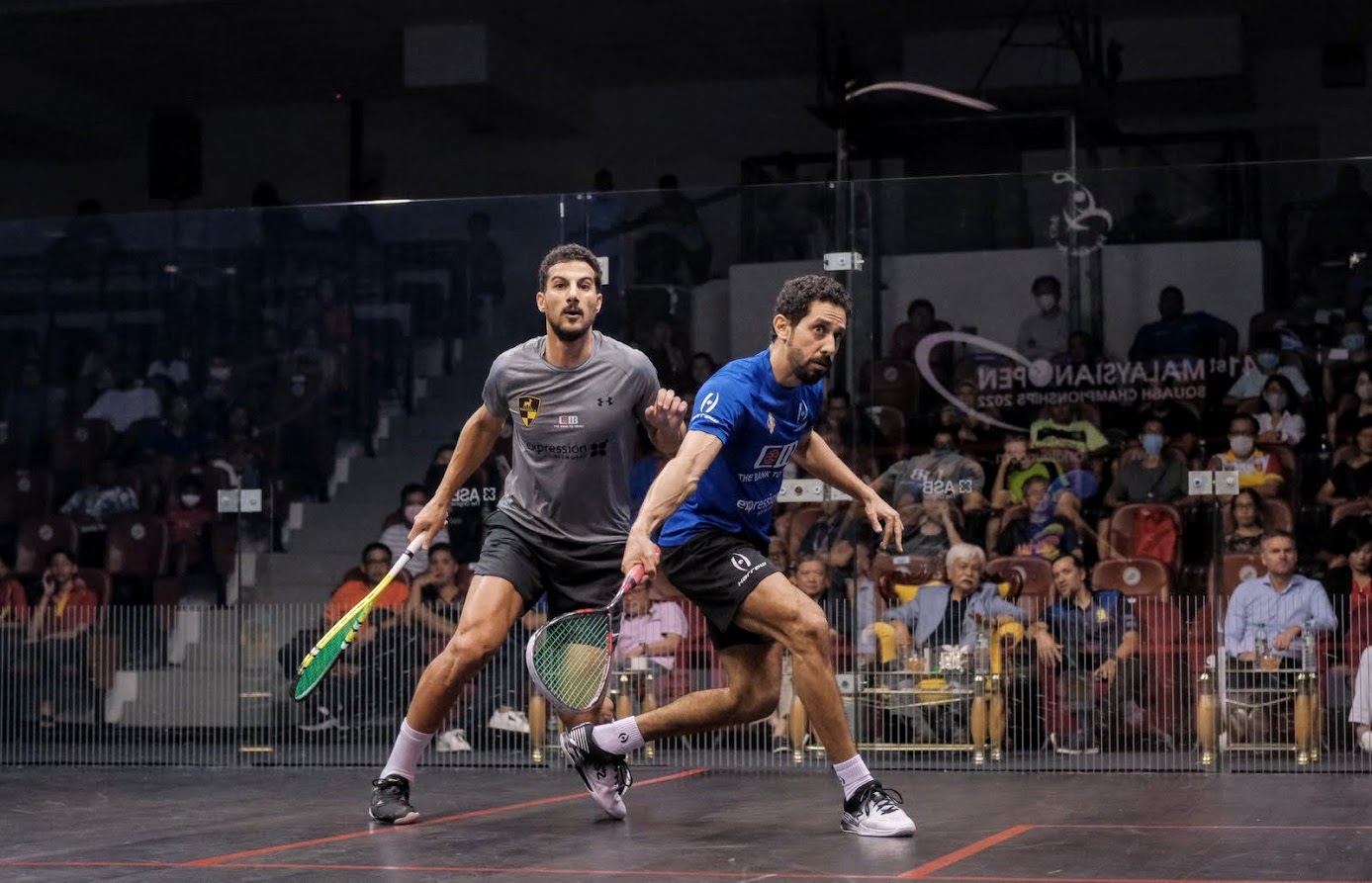 Hesham wasn’t going to go away easily however. ‘The Falcon’s’ body was starting to wake up and hit top form as his full range of shots were now coming to the party to worry the top seed. The hold in Hesham’s swing was negating Momen’s speed, meaning he was reaching the ball slightly later than he would like, creating space for the third seed. Hesham held it together well to breathe more life in the contest, winning 11-6.

The form continued from Hesham into game four, he looked strong and confident, whereas Momen seemed to have lost the concentration that took him two games ahead. The third seed was now dictating the pace on court and confidently took the game 11-8 to force a fifth  game, much to the crowd’s delight.

In the fifth it was Hesham who was in front from the start. ‘The Falcon’ couldn’t be stopped as he continued to fire the ball short with a deceptive hold to always keep Momen on the back foot. Top seed Momen seemed to be battling all kinds of demons in his own head as he looked to regain his composure but was unable to do so. Hesham gained in strength and showed no sign of slowing down on his way to championship ball. A final error from Momen sealed the title for Hesham, a first since 2015. 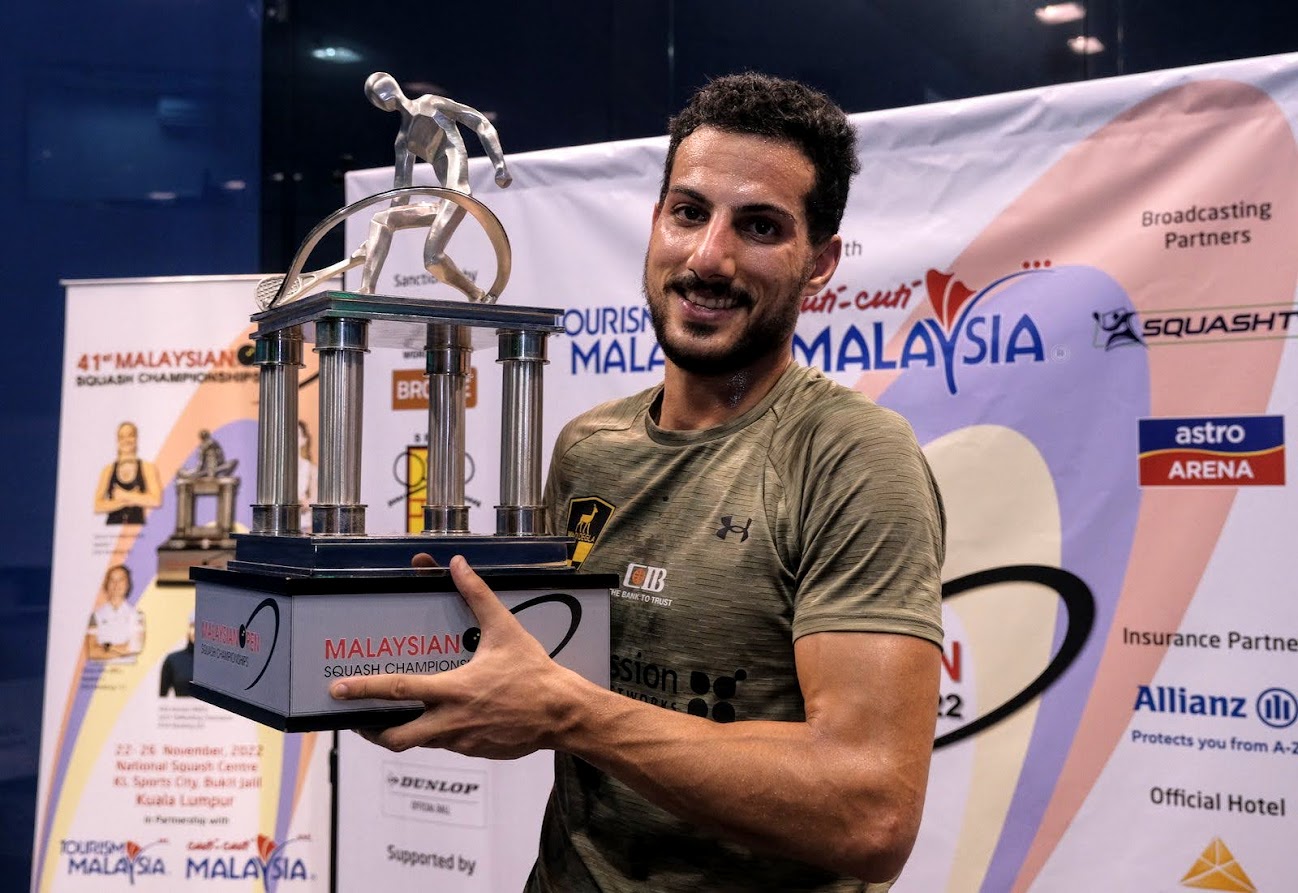 “It’s just so much emotion hitting me at different times. I’ve been trying to overcome my body and injuries and trying to win anything, I haven’t won a tournament since I was 21 which is crazy.

“This is my biggest title, against a great player in Tarek, I haven’t beaten a top eight player for a long time, I’ve been struggling, I couldn’t pay for Mayne 6 months in a row. I can’t describe how I feel.

“I was more fired up for it but I was really flat in the beginning, and he was picking everything, he was on point. I don’t think it was his best performance, not mine as well but that’s how it is, you can’t play that well every single day but I’m really proud of myself for fighting and sticking in there and I think I was lucky with a few points at the end so I’m really happy with all that and how my mental game was today.” 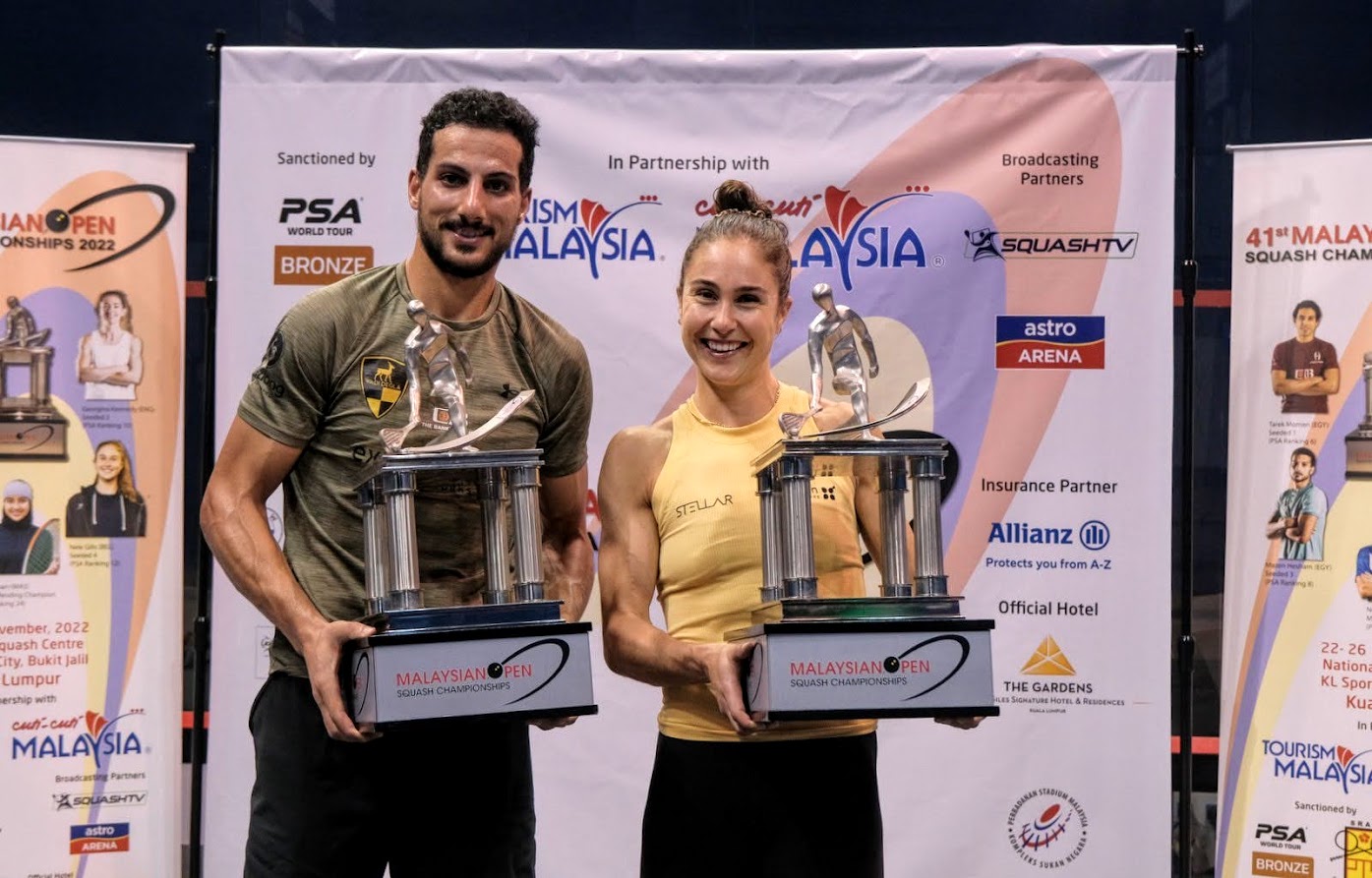 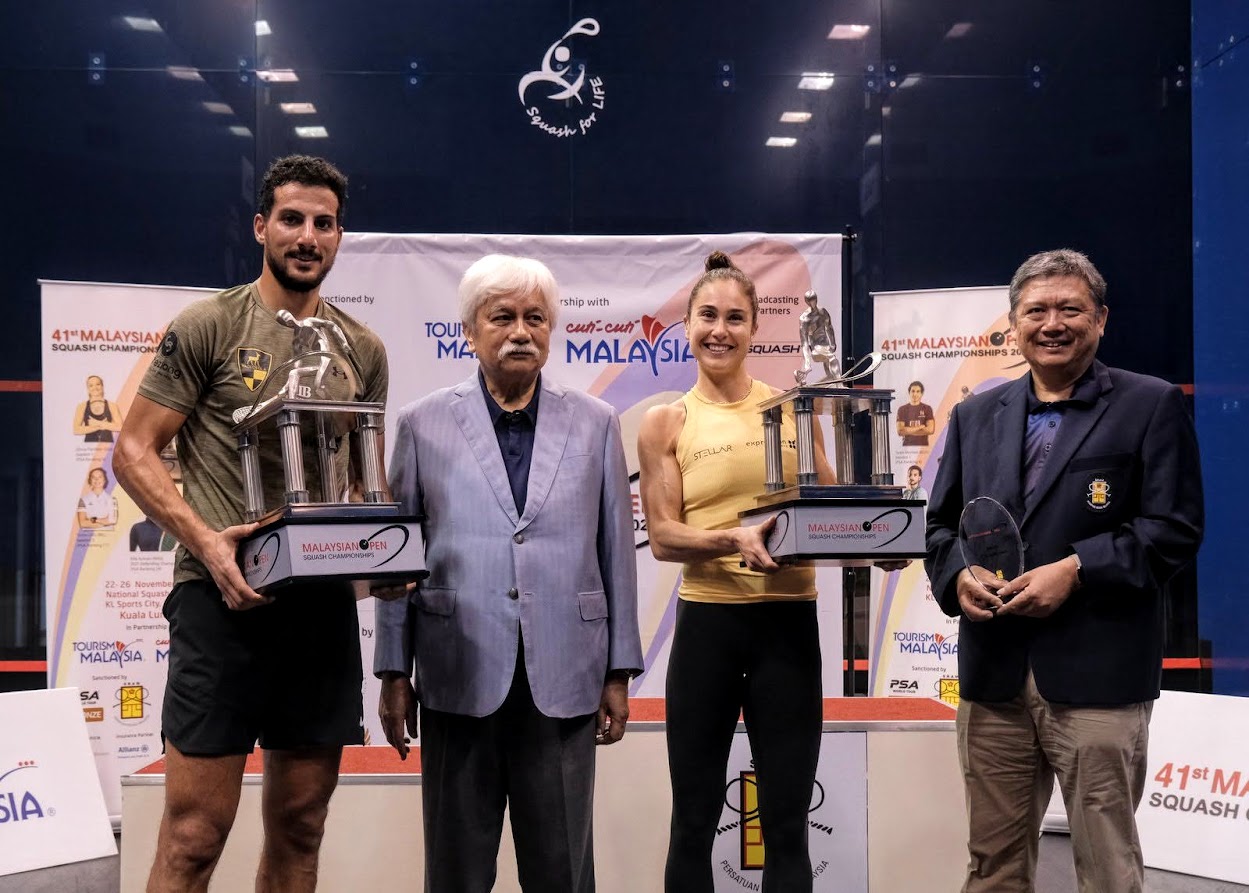