The 2022 Malaysian Open gets under way today at the National Squash Centre in Bukit Jalil with sixteen first round matches in the PSA Gold draws.

Matches take place across three courts – eight on the Glass Court and four each on courts 2 and 4 – with today’s players all looking to book their spot against one of the top eight seeds in tomorrow’s Round Two.

Interest will centre on the home players, with ten Malaysians in action including Eain Yow Ng following his heroics in Singapore, and Low Wee Wern returning to home action after an extended layoff. 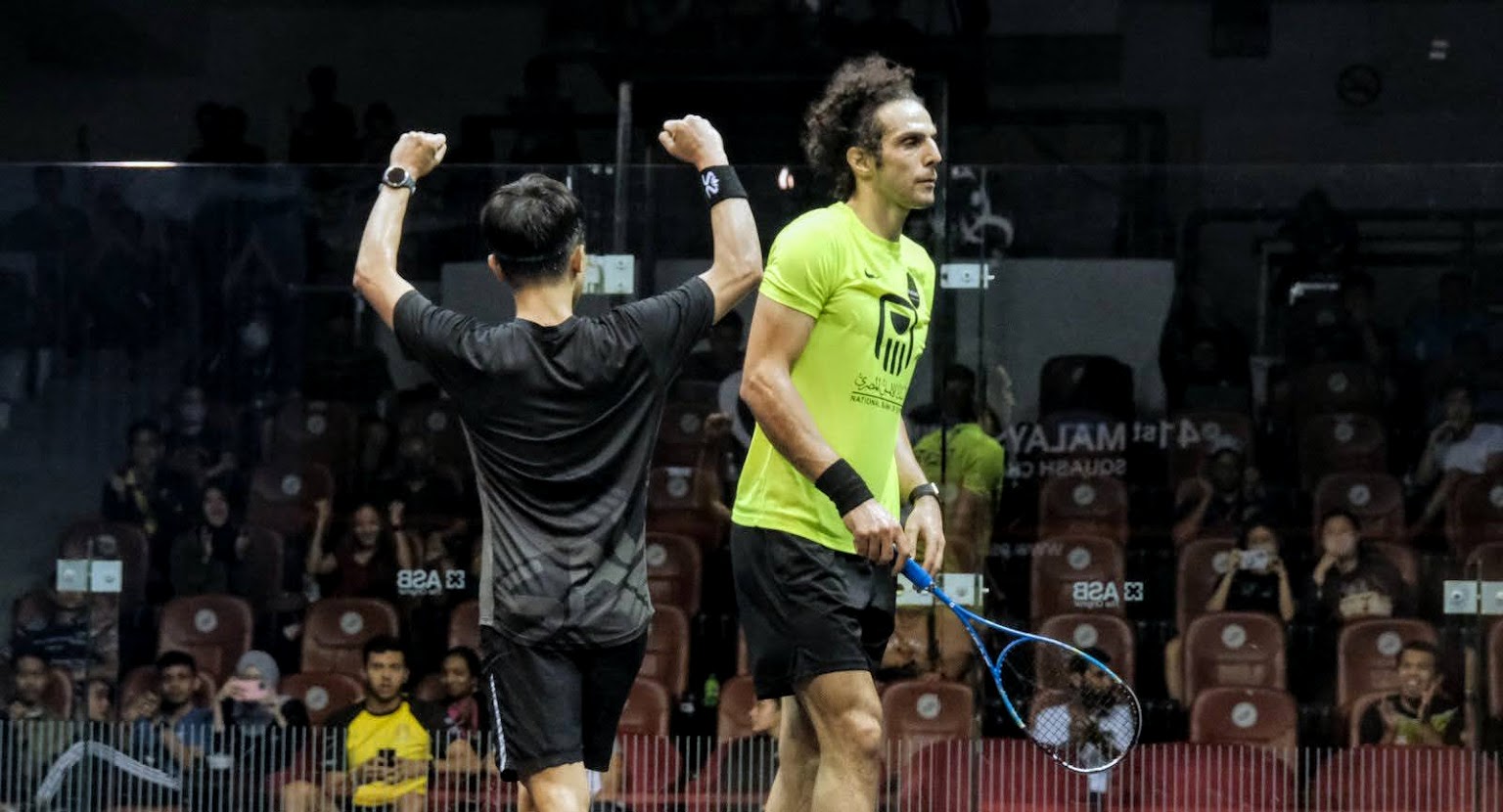 Malaysia’s Adeen Idrakie produced the second big Malaysian upset  as he overcame former World No.3 Omar Mosaad in four games to reach the second round for the first time.

Idrakie showed no fear as he took on the ‘Hammer of Thor’ Mosaad in the opening game and took the pace to the experienced Egyptian from the start. Idrakie used his light frame to move around Mosaad and pick him off at the front of the court. The Malaysian took the opening game 14-12 before backing that up with a comfortable 11-5 win in the second to lead by two games.

Mosaad responded in the third game as he stayed solid in his hitting and partnered with Idrakie errors, took the third game 13-11 to give himself a lifeline in the match. The World No.83 returned to his quality hitting however and managed to set himself up with a 9-5 lead in the fourth and only two points away from the biggest win of his career. Idrakie went on to convert 11-7 and move into round two. 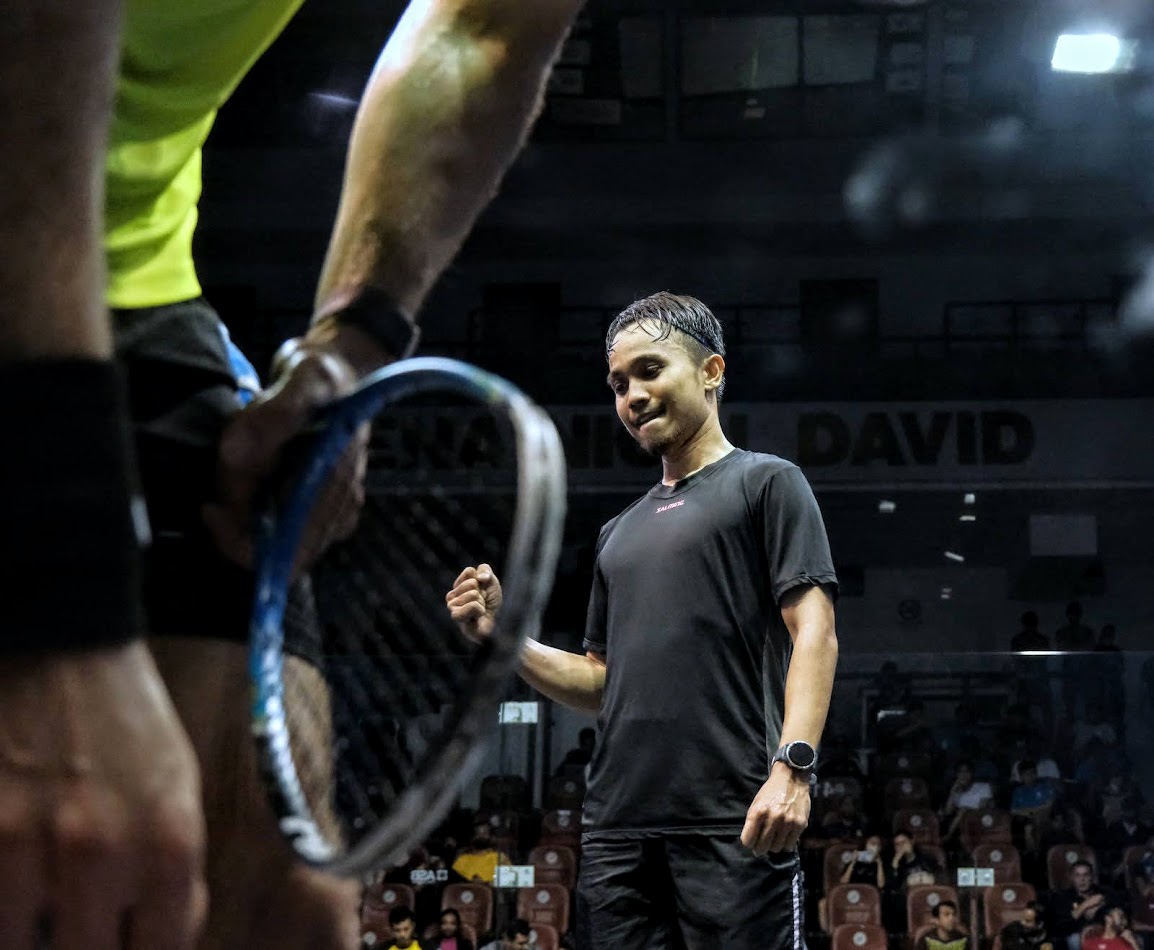 “I think the first two, I played really well and stuck to my game plan, I know I’m fitter and stronger, I trained hard for this and I think I did really well,” said Idrakie.

“He is very strong in the middle, I had to get it past him ever  first time through to the second round in the Malaysian Open and I’m just hoping I can play even better in the next round.” 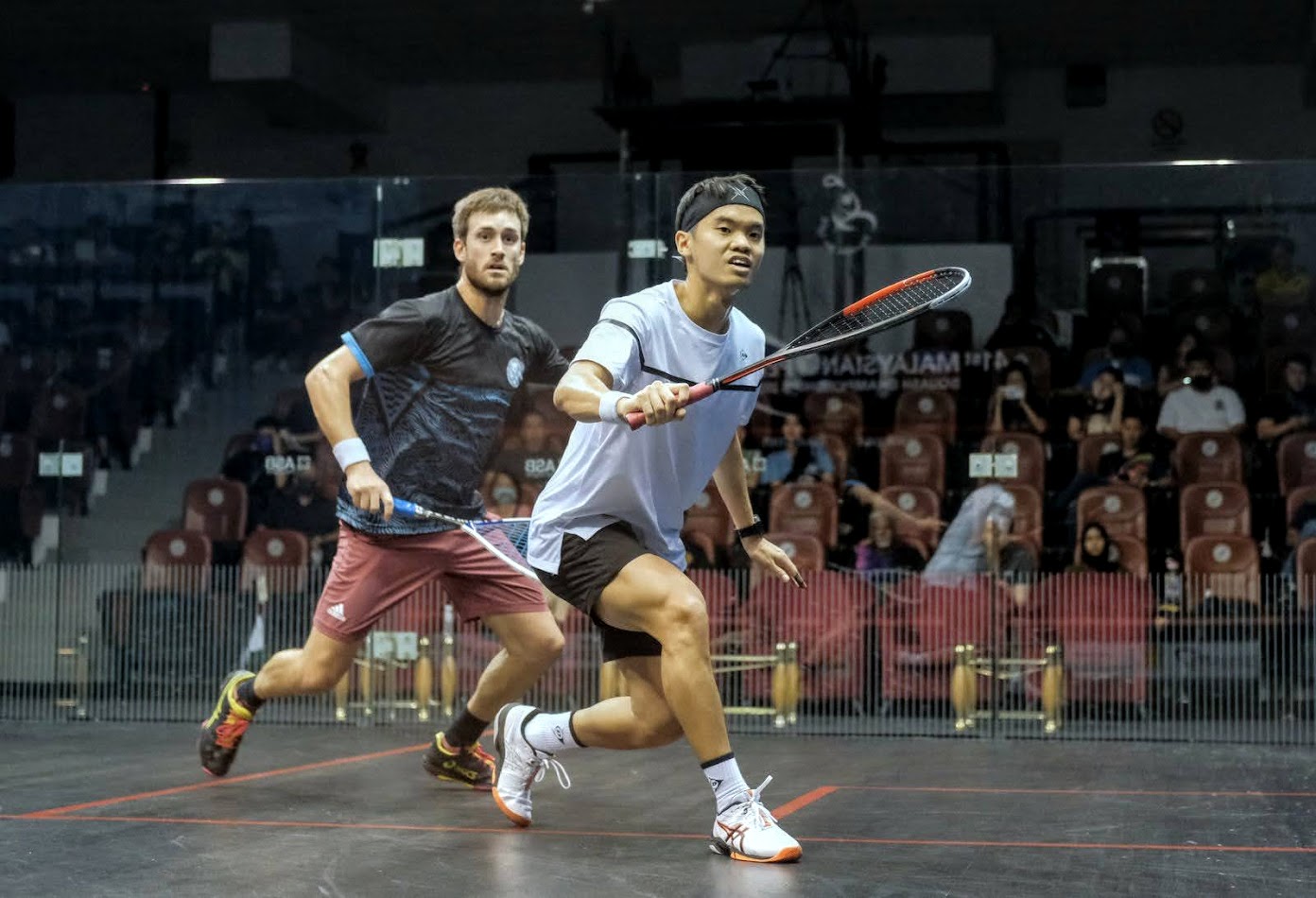 Malaysia’s home favourite Eain Yow Ng proved too strong for Argentina’s Leandro Romiglio as the 24-year-old recorded a comfortable 3-0 victory. Ng opened up a 2-0 lead with 11-7, 11-5 wins in games one and two, before getting over the line with an 11-8 victory in the third.

“I think Singapore [where he beat top seed Paul Coll] as an event is now done and dusted. It’s good to know that I’m confident going into it, but I really need to stay focused, especially against someone like Leandro who’s so fast and competitive. It was tough today, I had to hang in there. I’m so happy to get through in three today.” England’s Grace Gear looked in confident form as she overcame Spain’s Cristina Gomez in a one-sided affair in the last glass court match of the afternoon session.

Gomez’s best moments came in the first game as she tested the Englishwoman. After Gear had eventually taken the first game 11-8, the Spaniard’s resistance appeared broken, with Gear taking the next two games 11-4, 11-5 to take the match in just 21 minutes.

“I’m very happy with that. Cristina’s a tricky opponent, so to get off in three is something I’m really happy about. It’s my first time playing on a glass court in front of SQUASHTV, so I’m happy to get my first win!” Gear said.

On her next opponent, Malaysia’s Rachel Arnold, she said: “I’ll recover from this match and go through a gameplan with my coach and hopefully it will be a good match to watch!” 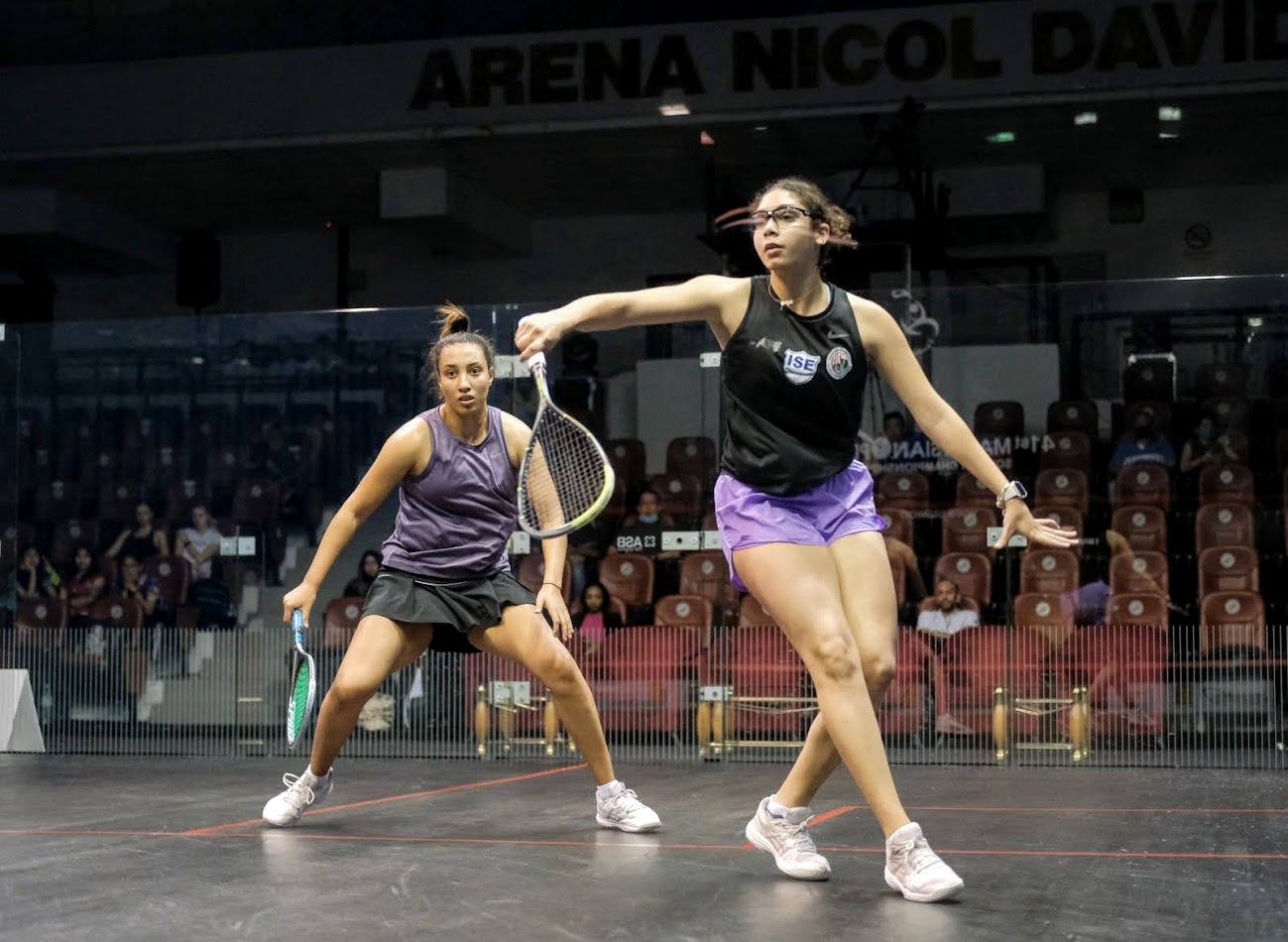 Aboelkheir appeared to be in full control when when took the first two games 11-3 apiece, but was then forced to dig in in the third, which was delayed due to an injury to Ibrahim following. After saving three game balls, Aboelkheir regained her rhythm to proceed to the next round with a tight 13-11 win.

“I’m happy today with the way I played. Yesterday [during practice], the court didn’t feel my way, I didn’t like it to be honest. But I’m happy I managed to play well on it today and I want to apologise to Sana for the hit, I didn’t mean it at all. Hopefully she’ll be ok for Hong Kong.

“The injuries and the breaks mean you can go off mentally. I tried to manage my mentality but it didn’t go my way and my brain wasn’t working at all!” 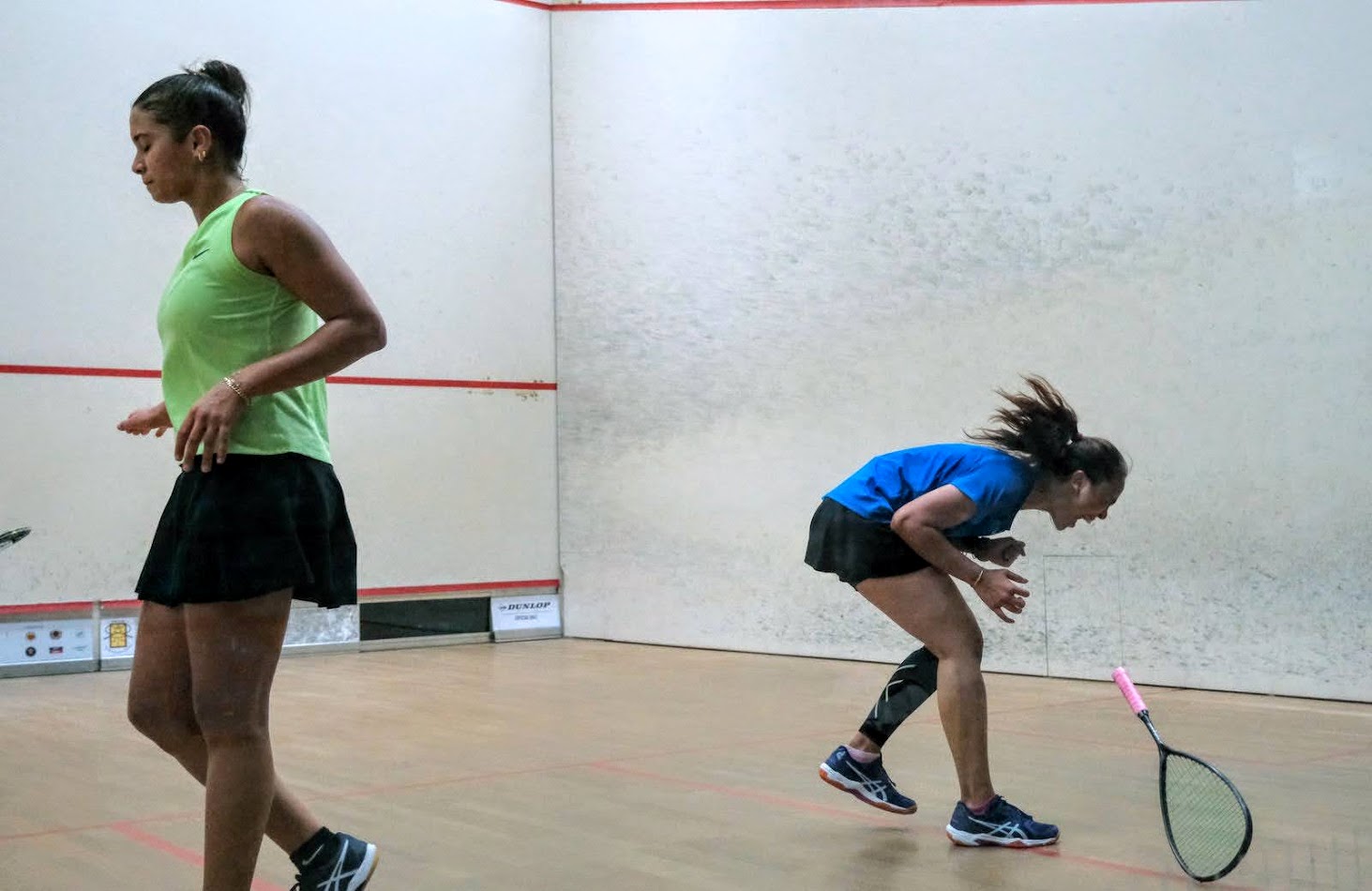 In an opening round shock, Malaysia’s World No.106 Ainaa Amani upset Egypt’s World No.28 Zeina Mickawy 3-2 to set up a second round clash with compatriot and defending Malaysian Open champion Aifa Azman.

Amani made a brilliant start to the match as she better held her nerve at 10-10 to take the opening game 12-10. Mickawy, who has been as high as 20 in the PSA World Rankings, then hit back with a dominant 11-6 win to restore parity, before taking the lead with a hard-fought 11-7 win. 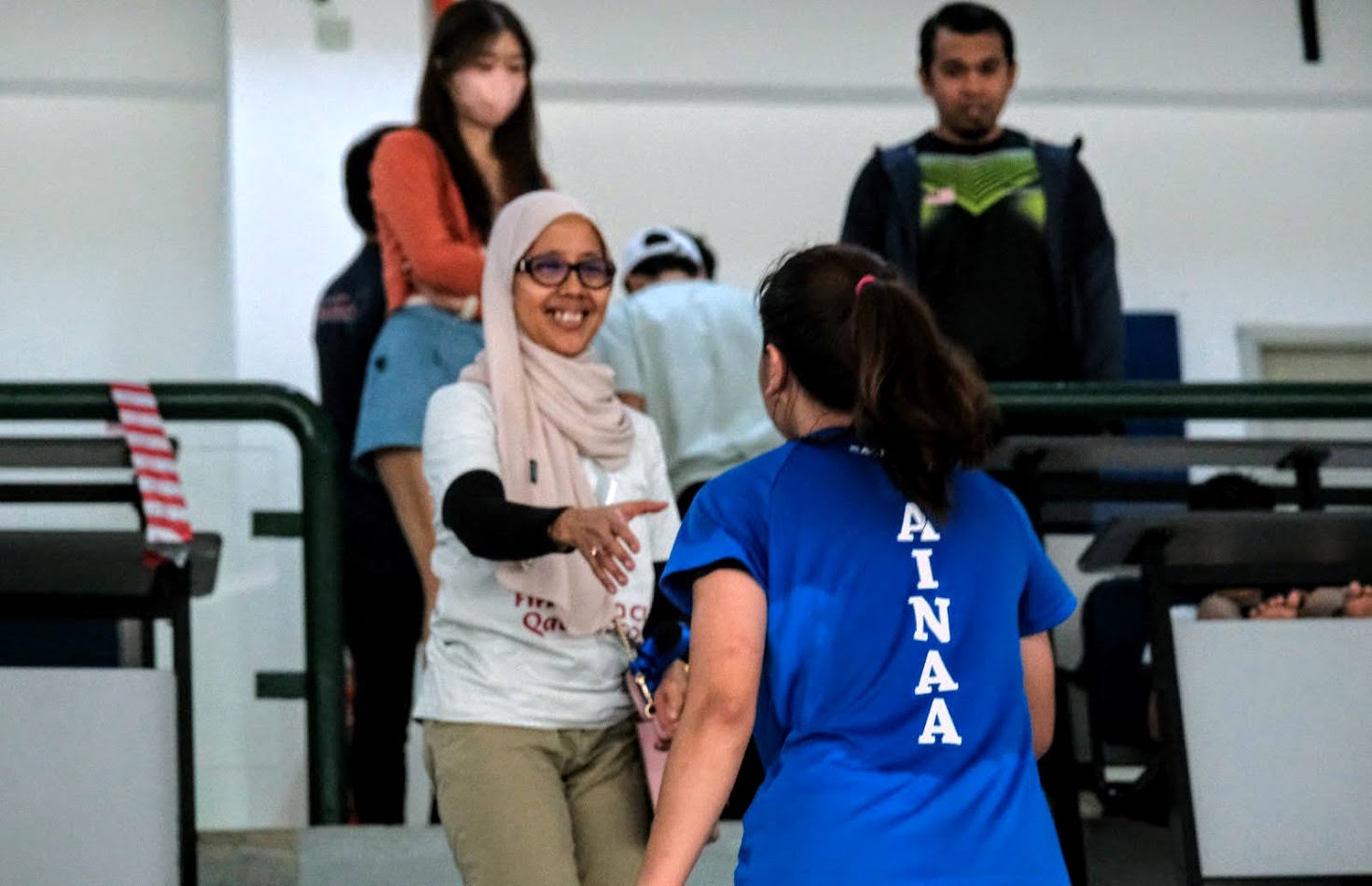 Amani, a late addition to the tournament following an injury to Lisa Aitken, then responded brilliantly. The 20-year-old levelled the match with an 11-7 win in the fourth game before sealing a memorable victory with an 11-6 win in the fifth.

“That was a really unexpected win. I just wanted to come out and do my best and the result was really, really good!

“It’s a really an honour to represent my country, especially after I only got into the draw last minute on Saturday. I just wanted to play and enjoy the match.” Yahya first through on the glass

Yahya Elnawasany got the day’s action underway with a routine win over Malaysia’s MohdSyafiq Kamal. Despite the largely close scorelines in each game, the Egyptian was in control throughout.

After 11-9, 11-8 wins in the first two games, Elnawasany set up a round two match with top seed and Egyptian compatriot Tarek Momen.

“I feel I dealt with the conditions vey well. There’s a big time difference between here and Egypt and I’m happy with how I managed it on court and to get the 3-0 win. Tomorrow’s a big match for me against Tarek. We’ve played already this season and I lost 3-0. Hopefully I can do better next time!”